The use of natural materials is growing rapidly in Argentina and other South American countries. Technical progress and policy implementation seem to go hand in hand

The green building phenomenon in Latin America has taken off. Bio-based aggregates have started penetrating the construction sector’s market, and the development of eco-friendly renewable products has increased the use of bio-based polymers in the construction industry, as a recent study shows.

South America is one of the emerging markets where a major demand in natural materials for buildings is expected in the next years. People today are indeed increasingly persuaded that they can safely get the same quality level as traditional products.

The policy implementation in the region following suit. Brazil, Mexico, Colombia, Chile and Peru have carried out different measures ranging from relevant tax cuts to soft loans for sustainable construction.

Although in Argentina this is still a new phenomenon, the situation and legislation are quickly changing. “In my country public interest and the market are also growing because young people are getting involved and interested in this topic,” says Juan Manuel Vazquez, an Argentinian agricultural engineer, who started using bio-based material for construction 15 years ago.

“I was working in an agronomic olive oil industry and I found that olive oil can lose quality in storage, in particular in countries with extreme climates. That was also when I first heard about straw bale warehouses, used for storing bulk food because of their insulation properties,” he told youris.com.

He later became co-founder of Henia Carbono Negativo, a company that develops pre-assembled panels of straw bales, using 100% biological material for dry construction, with high thermo acoustic, mechanical and fireproof performances. It was in La Cumbre, Córdoba, that they built their first family house of 250 m2.

“We are now working to conquer the mass market, it will take time but not that much,” affirms the expert with conviction. “I recognise that my method may be a niche one, but I think that economic paradigms are changing. People are willing to pay a little more for green materials because it’s a matter of health and well-being.’

An eco-friendly house in Argentina would cost only 10% more than a traditional one, on the basis of Manuel Vazquez’s estimations. He also says that thermal insulation is seven times greater than that produced by a double hollow brick wall.

It is also resistant to fire and earthquakes. The straw used is kept compact, and without moisture, and it does not attract insects of any kind. High insulation potential, no pollution, and the fight against climate change are just some of the reasons which motivate him.

Henia’s experience is in line with ISOBIO, a EU project that proposes a strategy to mainstream bio-based construction materials. This is another source of inspiration for Manuel Vazquez. According to the European researchers, bio-based construction materials are in fact capable of achieving a 50% reduction in embodied energy and CO2 emissions, with 20% better insulation properties compared to conventional materials such as bricks, cement and beams in walls and roofs.

There are several signs of policy changes to promote energy efficiency in Argentina’s buildings. For example, the city of Rosario has implemented a certification, carried out in 500 homes, which enabled household performance and energy-saving potential to be identified.

Specialist in bio construction Maria Loreto Retamales lives in a bio-based house in Valparaiso, in Chile, but her first eco-friendly house was in Argentina. “Ten years ago, I decided with my family to live in harmony with nature,” she explains. “I read about the architect Nader Khalili, his Cal Earth Foundation (California Institute of Earth Architecture), and his research and work with soil and sack.”

She studied his technique called “SuperAdobe”, a form of earth bag architecture, and now she trains other people on it as well. “In less than a year, I even gave workshops to architects and engineers in Argentina, Chile and Bolivia,” she tells us. 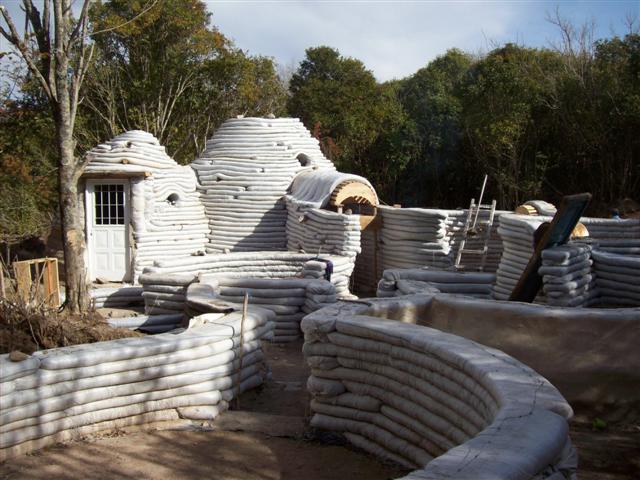 Maria Loreto has no doubt: “Living in a natural building has big advantages such as a more stable temperature and humidity. People don’t get ill so much. Moreover, earth isolates from the sun’s radiation and electromagnetic waves.”

Argentina has one of the most recognised bio constructors in the world, Jorge Belanko, specialised in earth buildings. Of course, this technique still remains quite unusual, but in the last 10 years Maria Loreto has seen hundreds of innovative projects developing.

Finally, one of the architectural symbols of the growing movement of natural builders in the country, is Tol-Haru, la Nave Tierra del Fin del Mundo, the first self-sufficient house in Latin America. It was built in Ushuaia, the closest city to Antarctica in 2014, using recycled materials. Wind and solar energy provide heating and cooling. The shelter also reuses rainwater and it even recycles waste.

Its construction has been promoted by the actors Mariano Torre and his wife, Elena Roger, members of the NAT Foundation (Nature Applied to Technology). The visionary architect Michael Reynolds helped them through the construction process. 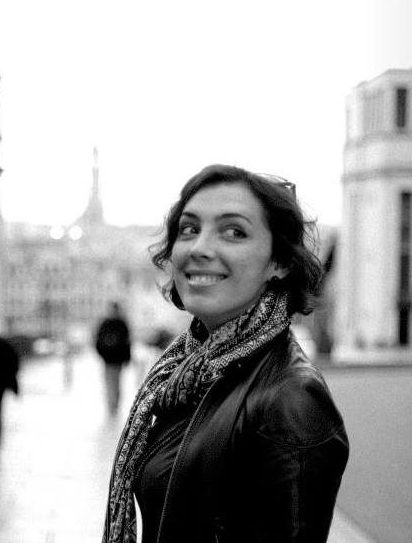 Communication advisor in the field of education, journalist since 2011, I have graduated from the Louvain's school of journalism. I previously got a bachelor and master degrees in International Relations, with studies and research in Italy, France and Canada. I worked as radio and TV journalist in Italy where I covered, inter alia, local politics and culture. I also approached Human Rights and Geopolitics for the written and online press. I still write on these subejcts for the online neswpaper Q Code Magazine from Brussels, where I live.